Terry Neason &
The Hermie Longalong Band
in Concert with a fantastic line-up...
including guitarist Paul Henderson

Friday, 28th August 2009 at 7:30 Hamilton Townhouse
This is Hermie Longalong's first fundraising Concert and I was delighted when he asked me to Host it for him. Hermie has put together a great line-up of talented musicians and performers.

All proceeds from profits will go to the two charities.

Here's a blast from the past, when Hermie and Paul were playing along side me in the Terry Neason Band. This version of Lady Madonna by the Beatles, was inspired and played on this video, by the late great Neil Hay on bass. I was also joined by Jim Hannah and Gordon Dougall:keyboards and Mike Travis on drums. These guys are blazing!!!

THE British Heart Foundation Scotland
We are the largest, independent funder of heart research in Scotland and we currently spending over £25 million.

We play an important role in funding education and teaching the public and health professionals. 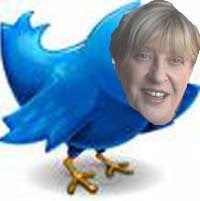 What am I doing? The Birdie Song! Learning, laughing and loving it.

Time management will probably fly out the window, however, there's a wealth of inspirational items of excellence, interest and intrigue to be had out there.

Posted by Terry Neason at 2:17 pm No comments:

Check out Terry Neason Music, TLC Powertalk, & My Body And Me

MY BODY AND ME
Women's Personal Development & Confidence Courses